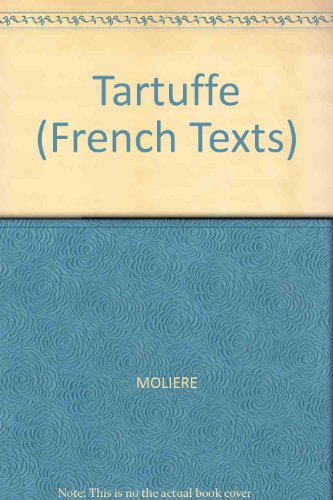 A new sparkling and witty version by Roger McGough of Molière's comedy published as a programme text to accompany the premiere at the Liverpool Everyman on 9 May 2008.

Tartuffe is a beacon of piety and in the home of wealthy merchant Orgon he has his feet firmly under the table. But all is not as it seems and as Orgon becomes more enraptured with his new companion the whole city is chattering. Is he a friend, a fraud, a miracle or a hypocrite? The family smell a rat and amidst the frills and frivolity of seventeenth century society they hatch a cunning plan to outwit the wily deceiver before he brings their house crashing down.

Molière wrote Tartuffe in 1664 but the play was banned following its first production in Paris; it wasn't until 1669 that it was revived and became one of his greatest successes.

"McGough demonstrates a finely tuned ear for the rhythms of dialogue and the flavour of patois...and jargon. The result is tart but never tough...In their zest and wit, McGough's lines, sometimes deliciously set up, at other times sprung on us with a mischievous artlessness, set a cracking pace." --Lynne Walker, Independent, 20.05.08

Moličre (born Jean-Baptiste Poquelin in 1622) was a French playwright and actor-manager. Moličre's main achievement was in raising the standard of French comedy to a level commensurate with French tragedy. In doing so he created a body of work that would continue to be performed for the next three centuries, providing generation after generation of performers with some of their finest roles.