Items related to Kinkaseki: One Day at a Time

Kinkaseki: One Day at a Time 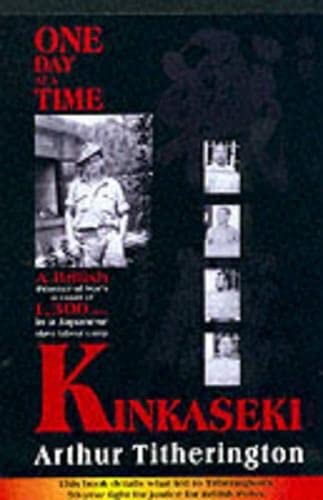 Arthur Thitherington has led the fight for justice for the treatment the POWs received at the hands of the Japanese. For more than 50 years he has battled to gain a meaningful apology from the Japanese Government and for compensation for what he and his comrades suffered. In "Kinkaseki: One Day at a Time," he details exactly what happened to him, and so many others, during the brutal years he spent as a prisoner in a Japanese slave labor camp. "The scars on my body have healed, but there remain scars that I am unable to show. Twenty years old when the Japanese took me prisoner, I spent my twenty-first birthday working in the copper mine at Kinkaseki. Almost four years of irrecoverable youth were left in the depths of that mine. I do not forget. I do not forgive." Arthur Thitherington