Items related to The Pathway (Zenith) 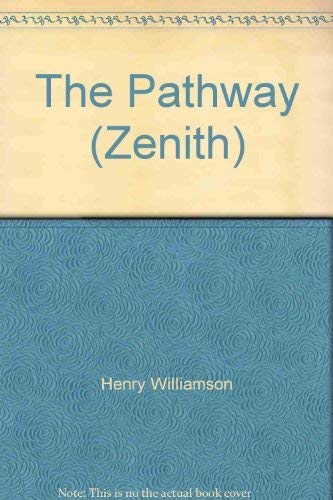 The Pathway (The Flax of Dream Sequence No. 4)

Henry Williamson (1895-1977) was a prolific writer best known for Tarka the Otter which won the Hawthornden Prize in 1927. He wrote much of else of quality including The Wet Flanders Plain, The Flax of Dream tetralogy and the fifteen volume A Chronicle of Ancient Sunlight all of which are being reissued in Faber Finds.

His politics were unfortunate, naively and misguidedly right-wing. In truth, he was a Romantic. The critic George Painter famously said of him, 'He stands at the end of the line of Blake, Shelley and Jefferies: he is last classic and the last romantic.'

Book Description Zenith, 1983. Paperback. Condition: Used; Good. **Simply Brit** Shipped with Premium postal service within 24 hours from the UK with impressive delivery time. We have dispatched from our book depository; items of good condition to over ten million satisfied customers worldwide. We are committed to providing you with reliable and efficient service at all times. Seller Inventory # 2086282