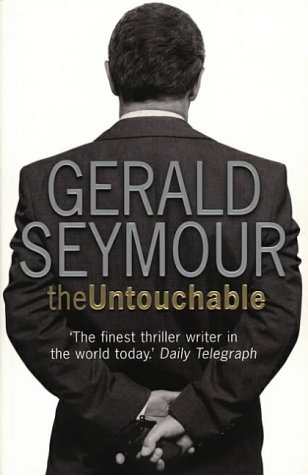 In London Albert William Packer, known as Mister, is master of all he surveys. He rules the manor with an iron fist - transgression is punished savagely, and moonlighting is rooted out and dealt with without hesitation. For twenty years, Packer has had it all his own way - the police and intelligence services have targeted him but have yet to get close to any sort of effective prosecution. After the collapse of the most recent National Crime Squad case against him through the intervention of his lawyer, Henry Arbuthnot, known as the Eagle, Packer sets out to broaden his horizons. His core business is heroin, bought from the Turks in Green Lanes and distributed around the capital. But he wants to cut out the middle man and in order to do so must travel to Sarajevo to parlay with the middle man where he hopes to negotiate safe transit through the black market crossroads that is the former Yugosalvia. But there is one survivor of the latest Home Office debacle, an archivist called Joey Cann who is determined to bring Packer to justice and follows him and his entourage to Sarajevo to glean what he can from the visit and to undermine whatever operation Packer is in the process of setting up. In the wartorn and dismal surroundings of that city, law and order is administered by the gangster warlords whose brutal regime will not tolerate anyone who won't be bought or toe the line. It is the modern day Wild West - guns and drugs are the primary currencies. As Packer attempts to establish his bridgehead against unimpressed opposition, Joey chips away at what is known about the man, uncovering him day by day until he has sufficient momentum to confront him directly ...

Gerald Seymour has never compromised in his avowed aim of writing richly created, ambitious and innovative thrillers that always challenge the reader's expectations. Travelling to the hot spots that are so vividly rendered in his books gives him the backgrounds he excels in, and his use of locales (such as the Balkans in this novel, The Untouchable) remains non-pareil.Here, Seymour again demonstrates his grasp of cutting-edge issues: the grim effects the drug culture is having on the world, and locating the book in Sarajevo allows Seymour to tackle the issue of the West's involvement in foreign zones of conflict when the wars finish and they fade from our memory.

The eponymous "untouchable" is Albert William Packer, known to all as Mister. A career criminal, he dispenses rough justice on his manor without mercy, punishing any opposition terminally. When a Customs and Excise case against him is torpedoed, Packer decides to expand. Buying heroin from the Turks in London's Green Lanes no longer satisfies him, so he decides to travel to Sarajevo where he plans to negotiate safe transit through the black market crossroads that is the former Yugoslavia. But he has a nemesis: Home Office Archivist Joey Cann determines to bring Packer down and follows him and his thugs to Sarajevo.

Cann initially appears to be a loser, but the inevitable confrontation between the two men in the lethal surroundings of Sarajevo changes both their lives forever. Joey Cann is a protagonist more in the le Carré mould than Seymour's customary professional men of action, and his inexorable stripping away of Packer's sinister layers is expertly done. As always with Seymour (in such books as Holding the Zero and A Line in the Sand), the dividing line between good and evil is never clear and the moral ambiguities here are quite as satisfying as the utterly involving narrative. --Barry Forshaw

"The finest thriller writer in the world today." - "Daily Telegraph"