Items related to You're Dead without Money

You're Dead without Money 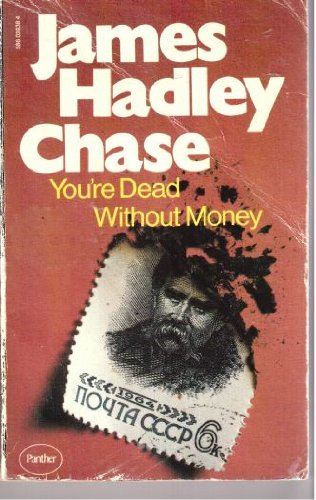 Joey Luck and his daughter Cindy were small-time criminals going nowhere fast...until they joined forces with Vin Pinna, a hardened criminal on the run from Miami. They began to set their sights higher and turn their hands to kidnapping. But their hostage, ex-movie star Don Elliot, seemed to have different ideas. He wanted in so they formed a 'quartet in crime' and this time the stakes were higher still - eight Russian stamps worth a million dollars.

James Hadley Chase has been hailed as 'the thriller maestro of the generation', 'the king of all thriller writers' and a 'master of the art of his deception'. During his life, he wrote some eighty titles, each one thrilling and delighting his readers with their fast-moving tales of murder, intrigue, blackmail and espionage. Hadley Chase was born René Brabazon Raymond and he also wrote under the names of James L Dochery, Ambrose Grant and Raymond Marshall. He was born René Brabazon Raymond in London in 1906. Whilst working as a bookseller he was inspired by American crime-writers and went on to write his own thrillers and gangster stories, also set in the United States. Success came with No Orchids for Miss Blandish which was published in 1939 and was one of the most successful books of the thirties, selling several million copies. George Orwell described it as 'a brilliant piece of writing with hardly a wasted word or a jarring note anywhere'. It was subsequently dramatised and performed on London's West End, and also made into a film. Chase went on to gain popularity for his numerous other gangster stories, and by the end of the war he was one of Britain's most successful thriller writers. During his career he travelled widely and produced some ninety books, also writing under the names of James L Dochery, Ambrose Grant and Raymond Marshall, although ironically he only visited the USA late in life, relying previously upon knowledge gleaned from dictionaries of slang and encyclopedias for the novels set there. His interests included photography (he was up to professional standard), reading and listening to classical music, being a particularly enthusiastic opera lover.

1. You're Dead Without Money