Items related to The Glorious Revolution (Seminar Studies In History) 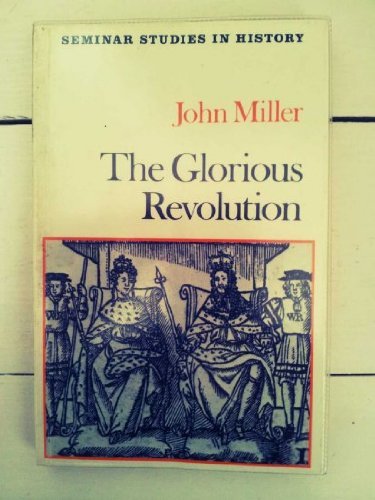 Discusses the causes and effects of the revolution which assured the failure of Catholic absolutism and assured the continuation of parliamentary government and the rule of law in England.

'A first-rate and highly sophisticated interpretation. The book deserves a long and successful career'.

First published in 1983, John Miller's"Glorious Revolution" established itself as the standard introduction to the subject. It examines the dramatic events themselves and demonstrates the profound impact the Revolution had on subsequent British history. The Second Edition contains a fuller discussion of Scotland and Ireland, the growth of a fiscal-military state and the role of religion and the Revolution.