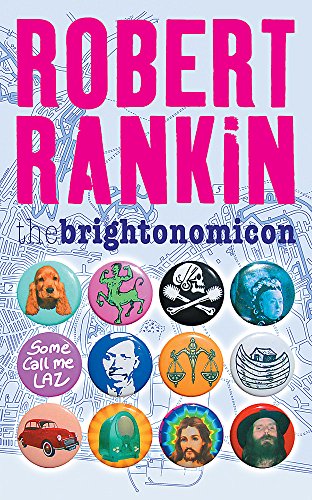 Robert Rankin's THE BRENTFORD TRILOGY - seven books and counting - catapulted him into the dizzy heights of "cult success", but over the years that cult following has grown and Robert Rankin is now the second best-selling writer of comic fantasy in Britain, after Terry "He Always Makes Me Laugh" Pratchett.
Were you aware that there are, hidden in the streets of Brighton, twelve ancient constellations, like the Hangleton Hound and the Bevendean Bat . . . well, there are: and on each one hangs a tale, a tale so strange that only The Lad Himself, that inveterate spinner of tales and talker of the toot, Hugo Rune, can get to the bottom of them. And he'd better do it quickly, because if he doesn't solve the dozen mysteries before the year is out, that'll be the end of the world as we know it. And everything.