Items related to A Voyage To Arcturus (FANTASY MASTERWORKS)

A Voyage To Arcturus (FANTASY MASTERWORKS) 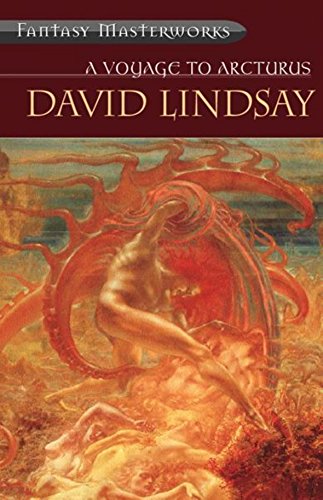 After attending a séance, Maskull, a restless and rootless man, finds himself embarking on a journey to the planet Tormance, which orbits Arcturus. Alone, he wanders the startling landscape, open to a bewildering range of experiences from love to ritual murder, encountering new monsters at every turn, metamorphosing, constantly seeking the truth about the divinity known as Shaping, Surtur and Crystalman. A Voyage to Arcturus is David Lindsay's masterpiece, an extraordinary imaginative tour de force.

'Undoubtedly one of the greatest novels of the twentieth century, and arguably the greatest work of imaginative fiction of our time' - Colin Wilson

David Lindsay (1878-1945)
David Lindsay was born in London into a middle class family. Although he won a scholarship to university, he was forced by penury to go into business and he became an insurance clerk at Lloyd's of London. He was very successful but, after serving in the First World War, at the age of forty he moved to Cornwall with his new, young wife to become a full-time writer. He published A Voyage to Arcturus in 1920 but it was not a success, selling fewer than six hundred copies, and thereafter his life was a constant struggle for recognition.

A Voyage to Arcturus