Items related to Against the Fall of Night

Clarke, Arthur C.; Benford, Gregory Against the Fall of Night

Against the Fall of Night 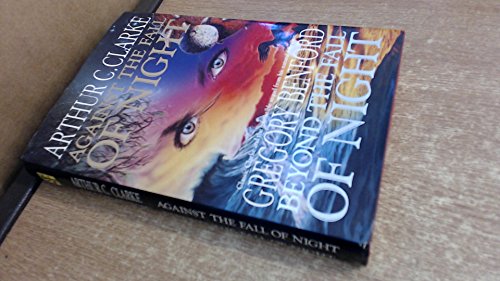 Arthur C.Clarke's early novel "Against the Fall of the Night", set far in the future, and a sequel by Gregory Benford. Alvin, the only child for many centuries born in what is believed to be the only city left on Earth, leads a renaissance. Man is reclaiming the Earth, but evil has also returned.

Arthur C. Clarke is awesomely informed about physics and astronomy, and blessed with one of the most astounding imaginations ever encountered in print (NEW YORK TIMES)

For many readers Arthur C. Clarke is the very personification of science fiction (THE ENCYCLOPEDIA OF SCIENCE FICTION)

Arthur C. Clarke is one of the truly prophetic figures of the space age ... The colossus of science fiction (NEW YORKER)

Against the Fall of the Night / Beyond the Fall of Night Clarke, Arthur C. and Benford, Gregory