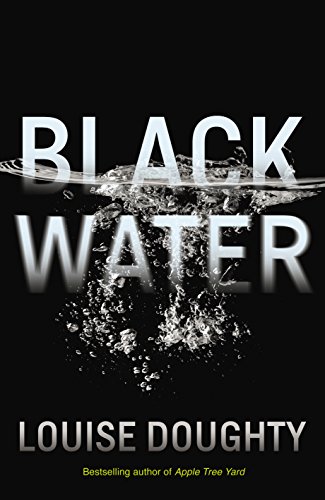 Harper wakes every night, terrified of the sounds outside his hut halfway up a mountain in Bali. He is afraid that his past as a mercenary has caught up with him - and that his life may now been in danger. As he waits to discover his fate, he meets Rita, a woman with her own past tragedy, and begins a passionate affair. Their relationship makes Harper realise that exile comes in many forms - but can Rita and Harper save each other while they are putting each other very much at risk? Moving between Indonesia, the Netherlands and California, from the 1960s to the 1990s, Black Water turns around the 1965 Indonesian massacres, one of the great untold tragedies of the twentieth century.

A thoughtful, gripping and impressive novel about race and morality (Express)

With Black Water Doughty uses the tropes and pace of a thriller to look intricately at race, grief, what makes a family a family, communism, historical events and the disparity of social classes as well as those between Asia and the rest of the world. That is quite something and sure to please Doughty’s many existing fans while bringing her many new readers too. (Simon Savidge Dead Good Books)

This serious novel marks a departure for Doughty, whose psychological thrillers ... have been so successful. This one strays more into le Carre territory - where she seems equally at home (Daily Mail)

It is absolutely gripping and a thriller, definitely, but also a meditation on guilt and responsibility. (The Bookseller, Editor's Choice)

Such an engrossing read, I finished it much too fast because I could not put it down. It made me think, it made me cry and it made me want to root for Harper and yet hate what he did. That's a real feat. (Gillian Slovo)

I was absolutely gripped, moved, provoked to new thoughts, informed - and filled with admiration. (Sadie Jones)

The follow-up to the massive-selling Apple Tree Yard, Black Water is that rare thing – a literary thriller. It has a cracking story that’s masterfully told, but is also beautifully written with original ideas and thoughts. (Winq Magazine)

From the bestselling author of Apple Tree Yard, a masterful novel about the secrets in one man's past - and the possibility of redemption.