Items related to The Blacks 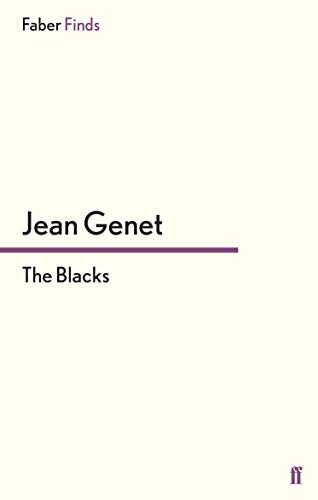 'One evening,' wrote Jean Genet in a prefatory note to The Blacks, 'an actor asked me to write a play for an all-black cast. But what exactly is a black? First of all, what's his colour?' - which is, perhaps, as good an introduction as any to this immensely interesting and exciting play. Translated by Bernard Frechtman, The Blacks is another striking example of the intensity, the depth and the complete originality that was Genet's view of life.

Jean Genet was born in Paris in 1910. An illegitimate child who never knew his parents, he was abandoned to the Public Assistance Authorities. He was ten when he was sent to a reformatory for stealing; thereafter he spent time in the prisons of nearly every country he visited in thirty years of prowling through the European underworld. With ten convictions for theft in France to his credit he was, the eleventh time, condemned to life imprisonment. Eventually he was granted a pardon by President Auriol as a result of appeals from France's leading artists and writers led by Jean Cocteau.$$$His first novel, Our Lady of the Flowers, was written while he was in prison, followed by Miracle of the Rose, the autobiographical The Thief's Journal, Querelle of Brest and Funeral Rites. He wrote six plays: The Balcony, The Blacks, The Screens, The Maids, Deathwatch and Splendid's (the manuscript of which was rediscovered only in 1993). Jean Genet died in 1986.

Book Description FABER & FABER, United Kingdom, 2015. Paperback. Condition: New. Main. Language: English. Brand new Book. 'One evening,' wrote Jean Genet in a prefatory note to The Blacks (1959), 'an actor asked me to write a play for an all-black cast. But what exactly is a black? First of all, what's his colour?'Stereotyping, masking and clowning would be the tools with which Genet dissected settled ideas of race and identity in this, one of his most successful (and controversial) works for the stage.'In form, [The Blacks] flows as freely as an improvisation, with fantasy, allegory and intimations of reality mingled into a weird, stirring unity. Genet's investigation of the color black begins where most plays of this burning theme leave off.' New York Times. Seller Inventory # LIE9780571251520

Book Description 2009. Paperback. Condition: New. Paperback. 'One evening,' wrote Jean Genet in a prefatory note to The Blacks (1959), 'an actor asked me to write a play for an all-black cast.Shipping may be from our Sydney, NSW warehouse or from our UK or US warehouse, depending on stock availability. 96 pages. 0.121. Seller Inventory # 9780571251520