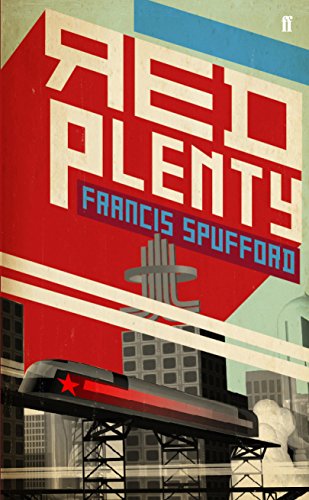 The Soviet Union was founded on a fairytale. It was built on 20th-century magic called 'the planned economy', which was going to gush forth an abundance of good things that the penny-pinching lands of capitalism could never match. And just for a little while, in the heady years of the late 1950s, the magic seemed to be working.

Red Plenty is about that moment in history, and how it came, and how it went away; about the brief era when, under the rash leadership of Nikita Khrushchev, the Soviet Union looked forward to a future of rich communists and envious capitalists, when Moscow would out-glitter Manhattan, every Lada would be better engineered than a Porsche and sputniks would lead the way to the stars. And it's about the scientists who did their genuinely brilliant best to make the dream come true, to give the tyranny its happy ending.

'An incredibly smart, surprisingly involving and deeply eccentric book.... I am not alone in thinking that [Francis Spufford] has one of the most original minds in contemporary literature.' --Nick Hornby, Believer

'One can scarcely think of a recent book that conveys the everyday textures of life in the Soviet Union so well. ... This is a thrilling book that all enthusiasts of the Big State should read.' --Michael Burleigh, Sunday Telegraph

'(I) finished it in awe, not merely at Spufford's Stakhanovite research, but at his skill as a novelist, his judgement as a historian and his sheer guts in attempting something simultaneously so weird and yet so wonderful.' -- Dominic Sandbrook, Sunday Times

'As a gallimaufry of the funny, technical-scientific and deadly earnest, Red Plenty ranks as one of the strangest books ever written on the Soviet Union. From start to finish, the book is an eccentric delight; absorbing, pleasingly digressive and superbly written.' --Ian Thomson, Financial Times

What if the Soviet 'miracle' had worked, and the communists had discovered the secret to prosperity, progress and happiness...?