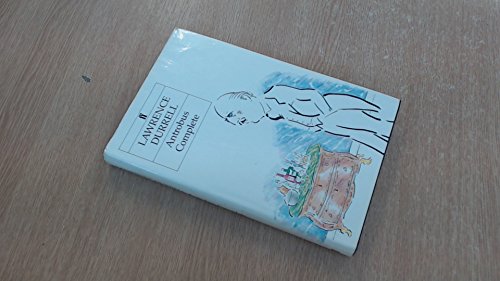 Lawrence Durrell was born in 1912 in India, where his father was an English civil engineer. As a boy he attended the Jesuit college at Darjeeling, and he was later sent to St Edmund's School, Canterbury. His first authentic literary work was The Black Book, which appeared in Paris in 1938 under the aegis of Henry Miller and Anais Nin. 'In the writing of it I first heard the sound of my own voice... ' he later wrote. The novel was praised by T.S. Eliot, who published his first collection of poems A Private Country in 1943. The first of the island books, Prospero's Cell, a guide to Corfu, appeared in 1945. It was followed by Reflections on a Marine Venus, about Rhodes. Bitter Lemons, his account of life in Cyprus, won the Duff Cooper Memorial Prize in 1957. Subsequently he drew his years in Greece for The Greek Islands. Durrell's wartime sojourn in Egypt led to his masterpiece The Alexandria Quartet (Justine, Balthazar, Mountolive and Clea) which he completed in southern France, where he settled permanently in 1957. Between the Quartet and The Avignon Quintet (Monsieur, Livia, Constance, Sebastian and Quinx), he wrote the two-decker Tunc and Nunquam, now united as The Revolt of Aphrodite. His oeuvre includes plays, a book of criticism, translations, travel writings (Spirit of the Place), Collected Poems, a thriller, White Eagles Over Serbia, and humorous stories about the diplomatic corps. His correspondence with lifelong friend Henry Miller has also been published. Caesar's Vast Ghost, his reflections on the history and culture of Provence, including a late flowering of poems, appeared a few days before his death at home in Sommieres in 1990.