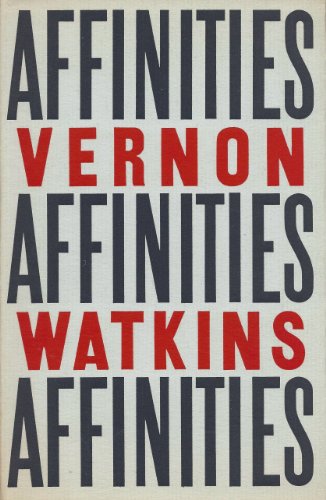 Vernon Watkins was under consideration as a poet laureate at the time of his death in 1967. He won several major poetry prizes and had nine volumes of poetry published, among them "Affinities," "The Ballad of Mari Lwyd and Other Poems," and "The Death Bell and Other Poems," as well as a volume of his correspondence with Dylan Thomas. Richard Ramsbotham is a speech and drama teacher who lectured in English at Warsaw University from 1989 to 1993. He is the author of "Who Wrote Bacon? William Shakespeare, Francis Bacon, and James I: A Mystery for the Twenty-first Century."

Buy Used
Writing in pencil to a few pages... Learn more about this copy