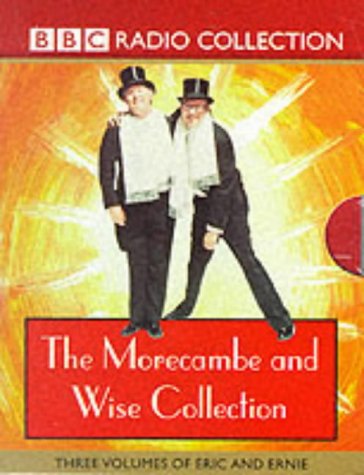 Together Morecambe and Wise delighted fans for 40 years in music hall revues, on television and radio. This production collects together three volumes of their classic sketches.

Ernie Wise: real name Lloyd Buttocks. Educated at Milverton Street School where he learned to read French and many other words. It was there he first showed his propensity and had to stand behind the blackboard for two hours. In 1945 he went to Hollywood and starred in many jungle films playing the part of Tarzan's left leg. Eric Morecambe: took his stage name from his home town of Eric in Lancashire. With the outbreak of World War Two he served with great distinction behind the bacon counter at the co-op disguised as a middle-aged spinster. Married with 14 children and a habit of leaning heavily against the side-board and gasping for breath.

2. The Collected Poems Of Wilfred Owen