Items related to Living Among The Swiss

Living Among The Swiss 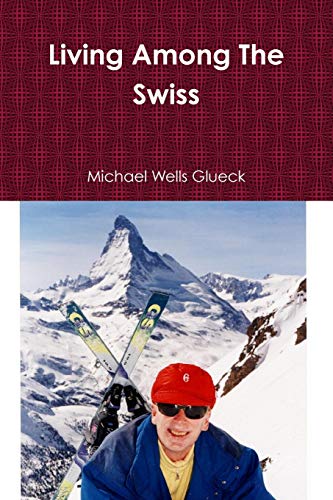 This book describes the author's experiences during eight years of living and working among the Swiss. It examines several aspects of the Swiss banking system from the viewpoints of consumers, investors, and employees. It depicts cultural differences as well as the practical difficulties confronting the new immigrant as he seeks to put down roots. It seeks to edify the vicarious traveler as well as those seriously considering relocation here. Finally, it celebrates in some detail the beauty of this relatively simple and honest land, with especial emphasis on the cantons of Berner Oberland, Graubünden, and Wallis, as well as the environs of Zürich.

A satiric jewel of a memoir that captures the beauty and peacefulness of Switzerland as well as the glacial stolidity of many of its inhabitants. -- Amazon.com Buying Information, June 6, 2000: Review by Rita Kasper, wife of a Swiss dealer in kitchen furniture.

This witty author has a strong background in Latin and a large English vocabulary. I learned much about places in Switzerland which I thought I had known. -- Amazon.com Buying Information: June 6, 2000 review by Dr. Vollrat Von Deichmann, a professor of forestry who taught at Arizona State University.

Switzerland is notorious for being 'ein verschlossenes Volk,' a closed society. You can live here for twenty years and still feel like an observer or a tourist rather than a participant. Often you will be made to feel that you do not exist or are invisible, like a little boy standing at the edge of a schoolyard watching the trams back up and turn around at the end of the line while a few yards away his classmates play a boisterous game of 'baseball' with a tennis ball, oblivious to his feelings of rejection upon not being chosen for either team. If only he had been the one child who remembered to bring a ball to school that day! He would keep it in his pocket until the end of the recess and then take it out and bounce it ostentatiously to show the others that it is he who rejects them. But in Switzerland it is never your ball or your field. As Paul Erdman notes in his book 'The Swiss Account' it is impossible to get close to the Swiss - especially when they deliberately speak their local dialect rapidly so that you cannot understand what they are saying. Do not expect to be invited to socialize with colleagues or, if you chance upon them in a social context, to be introduced to their spouses. In eight years of living here I have been invited to Swiss homes only three or four times.

1. Living Among The Swiss

Book Description Lulu, 2009. Paperback. Condition: Good. Connecting readers with great books since 1972. Used books may not include companion materials, some shelf wear, may contain highlighting/notes, may not include cdrom or access codes. Customer service is our top priority!. Seller Inventory # S_236711767