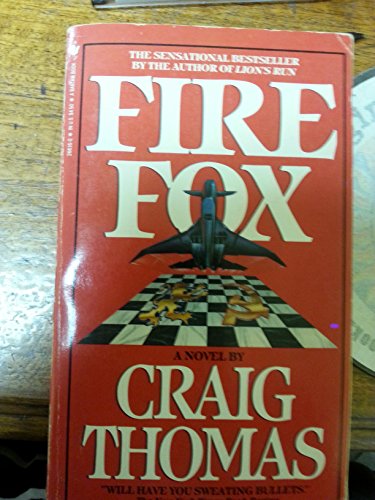 The Soviet Mig-31 is the deadliest warplane ever built. Codenamed FIREFOX by NATO, it can fly over 4,000 m.p.h., is invulnerable to radar - and has a lethally sophisticated weapons system that its pilot can control by thought impulses.

There's only one way for the West to fight the greatest threat since the Second World War - Hijack the Firefox!

In a class by itself - a chilling, superbly researched thriller (Jack Higgins)

Book Description Bantam, 1984. Condition: Good. A+ Customer service! Satisfaction Guaranteed! Book is in Used-Good condition. Pages and cover are clean and intact. Used items may not include supplementary materials such as CDs or access codes. May show signs of minor shelf wear and contain limited notes and highlighting. Seller Inventory # 0553266160-2-4