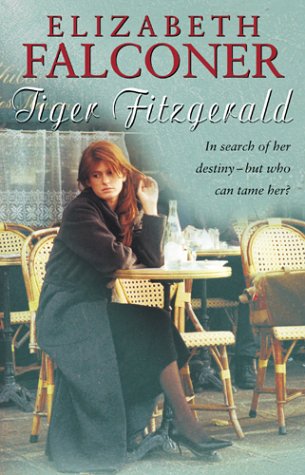 By the time Tiger is 18, life at Neill's Court has become almost unbearable. She finds her way to Paris, becomes an artist and discovers the richness of a bohemian life. But always at the back of her mind is Neill's Court and the Irish countryside.

From a decaying country house in Ireland to bohemian Paris, a beautiful girl called Tiger captivates all hearts...

When a third daughter was unexpectedly born to Alice Fitzgerald, heiress of the great house of Neill's Court in the west of Ireland, she called her Tiger. Her husband, astonished and dismayed by the baby's arrival, took himself off to Italy, never to return. Tiger had to endure the resentment of her two elder sisters, who were jealous both of her presence and of her extraordinary and lively beauty.

By the time Tiger was eighteen, life at Neill's Court had become almost unbearable. Poverty, illness and isolation had caused Alice to become an invalid and Tiger knew that she had to escape. She found her way to Paris, where in the strangely civilised household of the redoubtable Comtesse de Martel-Cluny she blossomed into an artist and discovered the richness and glory of a bohemian life. But always at the back of her mind was Neill's Court and the Irish countryside where she had been born and bred - even though she knew that her destiny lay far away.

Elizabeth Falconer is the author of The Golden Year, The Love of Women, The Counter-Tenor's Daughter, Wings of the Morning, A Barefoot Wedding and Frost at Midnight. She lives in Gloucestershire.