Items related to Land Of The Golden Apple

Land Of The Golden Apple 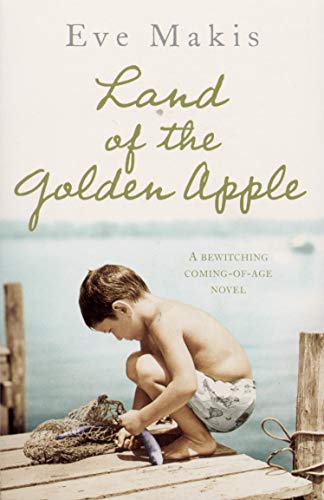 Life had lost its sweetness. Socrates felt as if he had eaten an accursed apple and was, like Adam, suddenly prone to emotions he had never before experienced - fear, loneliness and shame.

For Socrates, growing up in a small, Cypriot village isn't idyllic so much as frustrating. Summer is on the horizon and yet his parents, his teachers and his interfering neighbours seem intent on preventing Socrates and his friends from having any fun. But times are changing and the jasmine-scented breezes mingle with the threat of danger. Behind the facade of respectable island life lurk dark and menacing presences.

Land of the Golden Apple is a bewitching coming-of-age novel about the lives and loves, joys and despairs of a diverse yet tightly-knit community and about how those same ties that bind us can also constrict us...

A wonderfully atmospheric coming-of-age novel, with a memorable cast of characters, centring on an irrepressible young boy growing up in a Cypriot village.

Eve Makis was born in Nottingham to Greek Cypriot parents, who emigrated to England in the 1960s. After graduating from Leicester University she studied journalism and moved to London to work as a reporter for Middlesex County Press. In 1994 she left London for Cyprus, where she worked as a freelance writer, radio presenter and as a reporter for the London Evening Standard. She returned to England with her Cypriot husband in 2001. They now live in Nottingham with their daughter. Land of the Golden Apple is her third novel, the previous two, Eat, Drink and Be Married (voted the Young Booksellers International Book of the Year 2005) and The Mother-in-Law, are also published by Black Swan.

1. Land Of The Golden Apple