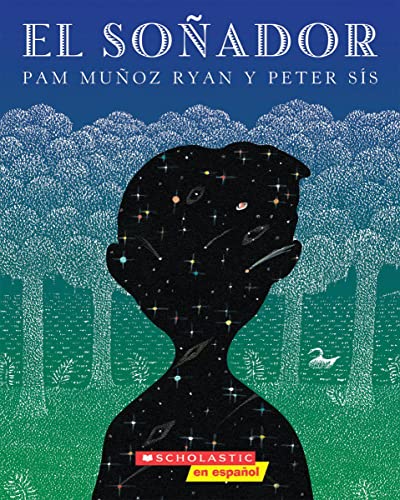 Pam Muñoz Ryan is the recipient of the Newbery Honor Medal and the Kirkus Prize for her New York Times bestselling novel, Echo, as well as the NEA's Human and Civil Rights Award and the Virginia Hamilton Literary Award for multicultural literature for her body of work. Her celebrated novels, Echo, Esperanza Rising, The Dreamer, Riding Freedom, Becoming Naomi Léon, and Paint the Wind, have received countless accolades, among them two Pura Belpré Awards, a NAPPA Gold Award, a Jane Addams Children's Book Award, and two Américas Awards. Her acclaimed picture books include Amelia and Eleanor Go for a Ride and When Marian Sang, both illustrated by Brian Selznick, and Tony Baloney, illustrated by Edwin Fotheringham, as well as a beginning reader series featuring Tony Baloney. Ryan lives near San Diego, CA with her family.
Peter Sís is a Hans Christian Andersen Award winner, three-time Caldecott Honoree, Sibert Award winner, and MacArthur Fellow. His celebrated picture books include Ice Cream Summer, Starry Messenger: Galileo Galilei, Tibet Through the Red Box, and The Wall: Growing Up Behind the Iron Curtain.He also creates fine art that can be seen in galleries, museums, and public spaces all over the world. Learn more at petersis.com.

Book Description Scholastic en espańol. PAPERBACK. Condition: New. 054517600X Brand New! Not Overstocks or Low Quality Book Club Editions! Direct From the Publisher! We're not a giant, faceless warehouse organization! We're a small town bookstore that loves books and loves it's customers! Buy from us and you get great service as well as a great price! Your business is valued and your satisfaction is guaranteed!|VCF. Seller Inventory # OTF-9780545176002

Book Description Paperback. Condition: New. Paperback. A fictionalized biography of the Nobel Prize-winning Chilean poet Pablo Neruda, who grew up a painfully shy child, ridiculed by his overbearing father, but who became one of the most wide.Shipping may be from multiple locations in the US or from the UK, depending on stock availability. 358 pages. 0.467. Seller Inventory # 9780545176002