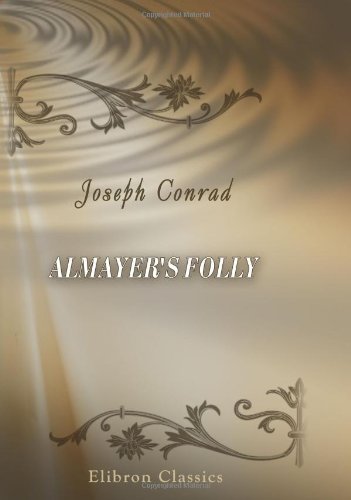 Almayer’s Folly, Joseph Conrad’s first novel, is a tale of personal tragedy as well as a broader meditation on the evils of colonialism. Set in the lush jungle of Borneo in the late 1800s, it tells of the Dutch merchant Kaspar Almayer, whose dreams of riches for his beloved daughter, Nina, collapse under the weight of his own greed and prejudice. Nadine Gordimer writes in her Introduction, “Conrad’s writing is lifelong questioning . . . What was ‘Almayer’s Folly’? The pretentious house never lived in? His obsession with gold? His obsessive love for his daughter, whose progenitors, the Malay race, he despised? All three?” Conrad established in Almayer’s Folly the themes of betrayal, isolation, and colonialism that he would explore throughout the rest of his life and work.

was a Polish-British writer regarded as one of the greatest novelists to write in the English language. He was granted British nationality in 1886 but always considered himself a Pole. Though he did not speak English fluently until he was in his twenties (and always with a marked accent), he was a master prose stylist who brought a distinctly non-English sensibility into English literature. He wrote stories and novels, many with a nautical setting, that depict trials of the human spirit in the midst of an impassive, inscrutable universe. Died: 3 August 1924