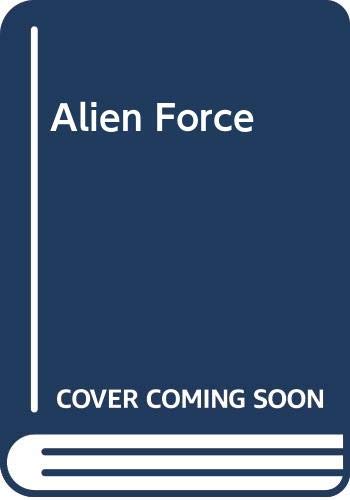 Sent from the planet Djan, and now disguised as a normal schoolboy, Jodie's mission is to investigate and report why pollution levels are rising so fast on the planet Earth. In theory the mission is safe, but now Jodie's Calling Crystal is flashing a warning - there is a hostile alien force nearby and it has begun to track him down. A fast-paced science fiction story to promote discussion on the environment and the concept of friends and "outsiders".

ALIEN FORCE is a fast-paced science fiction story with a strong environmental message. Well written by Breslin, the book captures the imagination of youngsters, providing not only a great story, but one which hopefully will help teach a new generation how to look after the planet Earth. (Stornaway Gazette )

A fantasy story, in which Jodie has been sent from another planet, to try to uncover an evil force that is attempting to destroy Earth. The award-winning author's other books include "Kezzie" and "Simon's Challenge". Part of the 1995 Scottish Book Fortnight promotion.

Book Description Puffin, 1995. Hardcover. Condition: Good. Ex Library Book with usual stamps and stickers. Good condition book. Minor Shelfwear. Good condition is defined as: a copy that has been read but remains in clean condition. All of the pages are intact and the cover is intact and the spine may show signs of wear. The book may have minor markings which are not specifically mentioned. Most items will be dispatched the same or the next working day. Seller Inventory # mon0010067325