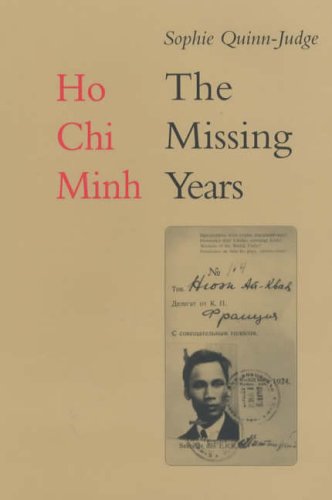 Quinn-Judge explores Ho's pre-power political career, from his emergence at the Paris Peace Conference in 1919 to his organization of the Viet Minh united front at the start of World War II.

'a thoroughly researched and elegantly written account of what is arguably the most important topic in modern Vietnamese political history A... her sources allow her to sketch a vivid, nuanced portrait of Ho Chi Minh and to unravel the complex interplay of domestic and international forces and shaped the historical emergence and development of Vietnamese Communism.' -Dr Peter Zinoman, University of California

Sophie Quinn-Judge worked in Vietnam as a volunteer from 1973 to 1975, and lived and worked in Southeast Asia from 1977 to 1986. She was a frequent contributor to the Far Eastern Economic Review, first from Bangkok and then from Moscow.