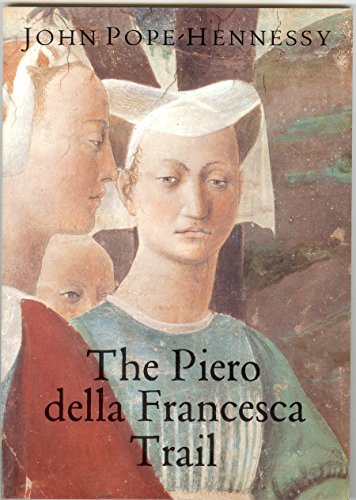 After four centuries of almost complete neglect, Piero della Francesca is now one of the best known and best loved of all Renaissance painters - to such an extent that the route from one work to another has become the tourists' "Piero della Francesca Trail". Sir John Pope-Hennessy takes a fresh look at the facts of Piero's career and the significance of his paintings. A clear chronology establishes the probable sequence of his activities in Arezzo, Borgo San Sepolcro, Monterchi and Urbino. In assessing the greatness of Piero's art, we need to concentrate on the works themselves: their structure, their theoretical basis, their use of mathematical research and the visual sensibility that was peculiar to Piero's own psychology. Only then shall we see them for what they really are.

Sir John Pope-Hennessy, one of the greatest art historians of the twentieth century and perhaps its greatest authority on Italian Renaissance art, was born in 1913. He served as Director of the Victoria and Albert Museum, Director of the British Museum and Consultative Chairman of the Department of European Paintings at the Metropolitan Museum of Art as well as Professor of Fine Arts at New York University. His many publications are now standard works of reference and include An Introduction to Italian Sculpture, Italian Gothic Sculpture, Italian Renaissance Sculpture, Italian High Renaissance and Baroque Sculpture, Cellini, many monographs and his masterwork, Donatello. Sir John died in 1995.