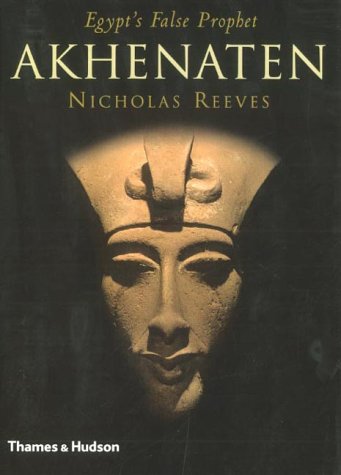 One of the most compelling and controversial figures in history, Akhenaten has captured the imagination like no other Egyptian pharaoh. Much has been written about this strange, persecuted figure whose freakish appearance - elongated and effete - is totally at odds with that of the traditional Egyptian ruler-hero. Scholars and laymen have speculated that he was a eunuch or a sufferer of a genetic disorder - or even a woman. Known today as a heretic, Akhenaten sought to impose upon Egypt and its people the worship of a single god, radically affecting the country in every way, from art to the written language. In this reevaluation, Nicholas Reeves gives a different perspective on the turbulent events of Akhenaten's 17-year reign. Reeves argues that, far from the idealistic founder of a new faith, Akhenaten cynically used religion for purely political ends in a calculated attempt to reassert the authority of the king and concentrate power in his own hands. In the process, he suppressed potential opposition by unleashing a terror that reverberated down the centuries. The founding of the new capital at el-Amarna was also politically motivated: Thebes, Egypt's premier city, had proved unreceptive to the king's ideas. Akhenaten's revolution ultimately failed as political, financial, and moral corruption overwhelmed the regime. His traditionalist successors showed little mercy. With a ruthless determination not seen in Egypt before or since, all trace of the pharaoh's existence was systematically expunged.

"Makes abundant use of both archaeological and textual evidence ... For those interested in ancient Egypt, this highly informative book is required reading."