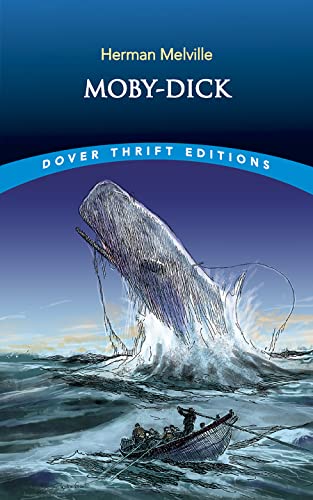 A masterpiece of storytelling and symbolic realism, this thrilling adventure and epic saga pits Ahab, a brooding sea captain, against the great white whale that crippled him. More than just the tale of a hair-raising voyage, Melville's riveting story passionately probes man's soul. A literary classic first published in 1851, Moby-Dick represents the ultimate human struggle.