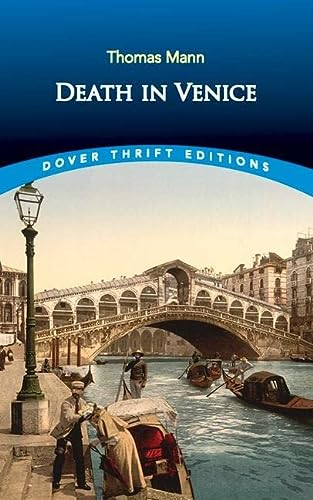 One of the most famous literary works of the 20th century, the novella "Death in Venice" embodies themes that preoccupied Thomas Mann (1875–1955) in much of his work; the duality of art and life, the presence of death and disintegration in the midst of existence, the connection between love and suffering, and the conflict between the artist and his inner self. Mann's handling of these concerns in this story of a middle-aged German writer, torn by his passion for a Polish youth met on holiday in Venice, resulted in a work of great psychological intensity and tragic power. It is presented here in an excellent new translation with extensive commentary on many facets of the story.

Book Description Paperback. Condition: New. Language: English. Brand new Book. "Death in Venice, " tells about a ruinous quest for love and beauty amid degenerating splendor. Gustav von Aschenbach, a successful but lonely author, travels to the Queen of the Adriatic in search of an elusive spiritual fulfillment that turns into his erotic doom. Spellbound by a beautiful Polish boy, he finds himself fettered to this hypnotic city of sun-drenched sensuality and eerie physical decay as it gradually succumbs to a secret epidemic. In his novella "Tonio Kroger, " Mann poetically traces a young writer's struggle between bourgeois strictures and artistic genius. Skillful dialogue and language reflect the title character's emotional conflicts, especially in his wistful visit to his home town and his sentimental journey to the Baltic. "Gladius Dei, " in contrast, is a sardonic depiction of a self-styled warrior of God, who battles against the sexual openness and profanity of Munich, the art center of northern Europe. In "The Blood of the Walsungs, " set in turn-of-the-century Berlin, a wealthy Jewish family, modeled after the family of Thomas Mann's wife, is excoriated in a Wagnerian evening that ends in self-loathing and self-loving incest. Seller Inventory # AAC9780486287140