Items related to Traditional Housing in African Cities : A Comparative...

Traditional Housing in African Cities : A Comparative Study of Houses in Zaria, Ibadan and Marrakech 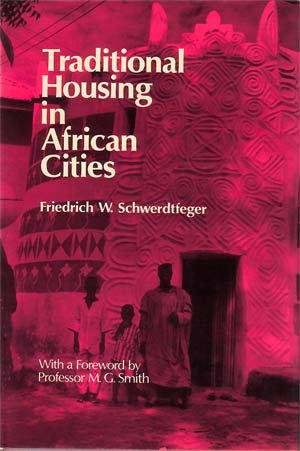 Traditional housing in African cities is an area that has been poorly served by architectural research. This volume, foreworded by Professor M.G. Smith and based on data drawn from the precolonial Nigeria and Morocco, proves very useful and instructive to architects, town planners, urban anthropologists and, indeed, to all those who are interested in traditional urban housing in African cities. The book consists of four parts. In the first three parts, each of the three towns is studied under six identical headings: context; land tenure and land use; demography; domestic groupings and the house; occupation and income; production, cost, and financing of houses. Part 4 comprises the comparison of the case studies and conclusions drawn from this comparison, appendices, bibliography and index. The study is illustrated with numerous tables, diagrams and graphs, as well as 42 plans and maps and 23 black-and-white photographs.

1. Traditional Housing in African Cities: A Comparative Study of Houses in Zaria, Ibadan and Marrakech