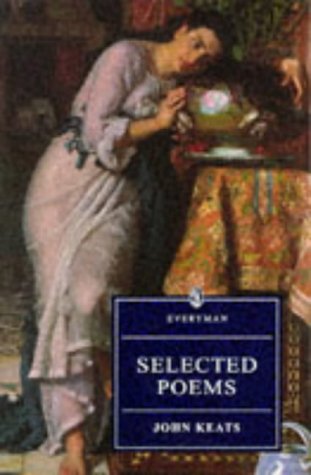 John Keats (1795-1821) was apprenticed to a surgeon when he decided to commit himself to poetry. His genius was recognised and encouraged by his friends, but it was not until after his death that his place in English Romanticism was fully acknowledged.
John Barnard is Professor of English Literature at the University of Leeds and is the editor of THE COMPLETE POEMS of Keats in the Penguin English Poets series.

A collection of the most well known and not so well known poems by the great poet himself.

Book Description Paperback. Condition: Very Good. The book has been read, but is in excellent condition. Pages are intact and not marred by notes or highlighting. The spine remains undamaged. Seller Inventory # GOR004754645

Book Description Condition: Good. Ships from the UK. Used book that is in clean, average condition without any missing pages. Seller Inventory # 572141-20

Book Description Paperback. Condition: Good. Item is in good condition. Some moderate creases and wear. This item may not come with CDs or additional parts including access codes for textbooks. Might be an ex-library copy and contain writing/highlighting. Photos are stock pictures and not of the actual item. Seller Inventory # DS-0460875493-3