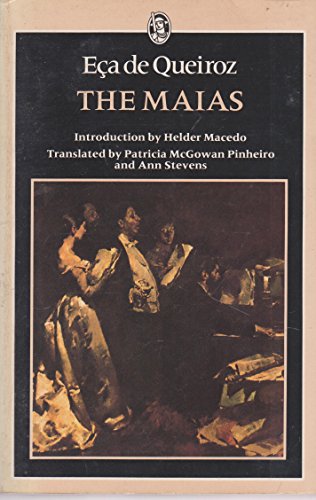 This novel tells the story of Carlos, heir to a noble family, who is caught in the impotence and decadence of Potuguese society at the end of the 19th century. He finds his noble intentions reduced to amiable dilettantism and his romantic passion to tragic impossibility.

Book Description Paperback. Condition: Very Good. The book has been read, but is in excellent condition. Pages are intact and not marred by notes or highlighting. The spine remains undamaged. Seller Inventory # GOR007243601

Book Description -. Paperback. Condition: Very Good. The Maias This book is in very good condition and will be shipped within 24 hours of ordering. The cover may have some limited signs of wear but the pages are clean, intact and the spine remains undamaged. This book has clearly been well maintained and looked after thus far. Money back guarantee if you are not satisfied. See all our books here, order more than 1 book and get discounted shipping. Seller Inventory # 7719-9780460014335