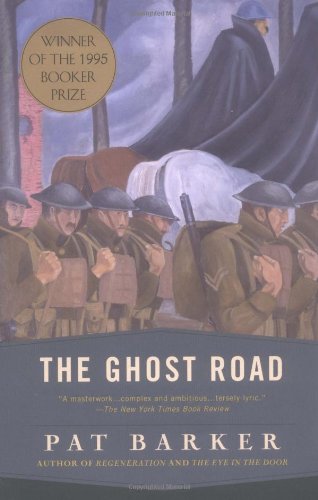 The final novel in a World War I trilogy focuses on compassionate psychiatrist Dr. William Rivers and Lieutenant Billy Prior as they both try to heal and cope with the trauma the war has inflicted upon them and the soldiers around them. Reprint. Winner of the Booker Prize.

An extraordinary tour de force. I'm convinced that the trilogy will win recognition as one of the few real masterpieces of late 20th-century British fiction (Jonathan Coe)

This novel challenges our assumptions about relationships between the classes, doctors and patients, men and women, and men and men...

Book Description Hardback. Condition: New. Reprint. Language: English. Brand new Book. The final book in the Regeneration Trilogy, and winner of the 1995 Booker Prize "The Ghost Road" is the culminating masterpiece of Pat Barker's towering World War I fiction trilogy. The time of the novel is the closing months of the most senselessly savage of modern conflicts. In France, millions of men engaged in brutal trench warfare are all "ghosts in the making." In England, psychologist William Rivers, with severe pangs of conscience, treats the mental casualties of the war to make them whole enough to fight again. One of these, Billy Prior, risen to the officer class from the working class, both courageous and sardonic, decides to return to France with his fellow officer, poet Wilfred Owen, to fight a war he no longer believes in. Meanwhile, Rivers, enfevered by influenza, returns in memory to his experience studying a South Pacific tribe whose ethos amounted to a culture of death. Across the gulf between his society and theirs, Rivers begins to form connections that cast new light on his--and our--understanding of war. Combining poetic intensity with gritty realism, blending biting humor with tragic drama, moving toward a denouement as inevitable as it is devastating, "The Ghost Road" both encapsulates history and transcends it. It is a modern masterpiece. Seller Inventory # CLD9780452276727