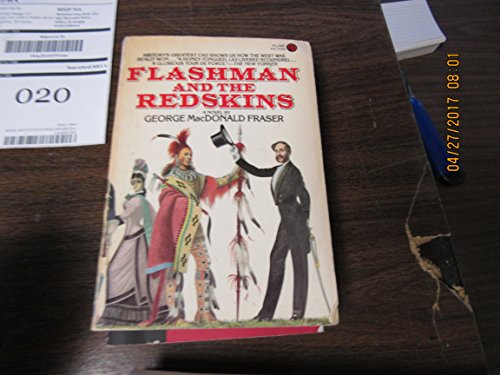 The seventh volume of the "Flashman Papers" records the arch-cad's adventures in America during Gold Rush of 1849 and the Battle of Bighorn in 1876, and his acquaintance with famous Indian chiefs, American soldiers, frontiersmen and statesmen.

'The Flashman Papers do what all great sagas do – winning new admirers along the way but never, ever betraying old ones. It is an immense achievement.' Sunday Telegraph

‘Not so much a march as a full-blooded charge, fortified by the usual lashings of salty sex, meticulously choreographed battle scenes and hilariously spineless acts of self preservation by Flashman.’ Sunday Times

‘Not only are the Flashman books extremely funny, but they give meticulous care to authenticity. You can, between the guffaws, learn from them.’ Washington Post

What was Harry Flashman doing on the slopes of Little Bighorn, caught between the gallant remnant of Custer’s 7th Cavalry and the withering attack of Sitting Bull’s Braves? He was trying to get out of the line of fire and escape yet again with his life (if not with his honour) intact after setting the American West by its ears. Here is the legendary and authentic West of Mangas Colorado and Kit Carson, of Custer and Spotted Tail, of Crazy Horse and the Deadwood Stage, gunfighters and gamblers, eccentrics, scoundrels and, of course, Indian belles, dusky beauties, enthusiastic widows and mysterious adventuresses; this seventh volume of 'The Flashman Papers' shows the West as it really was. Terrifying!

“The Flashman books bristle with action...and they are very, very funny. The seventh Flashman is as fresh as the first”
THE TIMES

1. Flashman and the Redskins