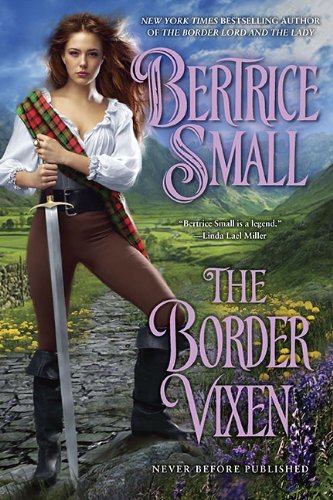 From "a legend" (Linda Lael Miller) in romance, a new novel in the Border Chronicles.

Aware of the covetous interest in his land, the laird of Brae Aisir announces that any man who can outrun, outride, and outfight his headstrong granddaughter "Mad Maggie" will have her as a wife-along with her inheritance. His proposition causes more chaos than resolution, especially when King James II sends his cousin, Fingal Stewart, to compete for Maggie's hand. The competition brings out the fire in both of them, and it doesn't take long for the rivals to become lovers. But there are those who will do anything to gain control of Maggie's inheritance- even if it means getting rid of Fingal Stewart, and his border vixen.

Bertrice Small was the New York Times bestselling author of more than fifty novels. Among her numerous awards, she was the recipient of the RWA Nora Roberts Lifetime Achievement Award. She lived on the North Fork of the eastern end of Long Island, New York, until her death in 2015.