Items related to The Day of the Triffids

Wyndham; John Wyndham The Day of the Triffids

The Day of the Triffids 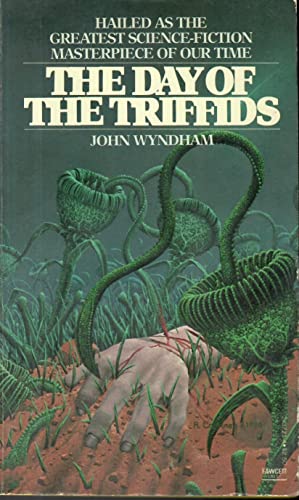 Bill Masen works with triffids - an animalistic plant with poisonous venom, a wicked stinger and the ability to move around on three 'legs'. Hospitalised when he succumb to triffid venom in a lab accident, Masen misses seeing a world-changing night - a quirk of fate may just save his life...Strongly influenced by H.G. Wells' The War of the Worlds, Wyndham's post-apocalyptic novel displays some similarities to Wells' seminal sci-fi work. Yet, it remains an enduring classic in its own right, bursting with imagination and startling inventiveness.

"I had forgotten just how real this 1951 classic seems - and am impressed by how eerily relevant it now appears." (The Observer)

"...read by Alex Jennings, the clear-cut narration lends itself well to Bill's creeping sense of doom." (The Bookseller)

"Jennings carries all the characters with consummate skill." (audiobooksreview.co.uk)

"Remains fresh and disturbing in an entirely unexpected way." (The Guardian)

1. DAY OF THE TRIFFIDS Wyndham, John

2. The Day of the Triffids

3. The Day of the Triffids

4. The Day of the Triffids