Items related to Problems: And Other Stories 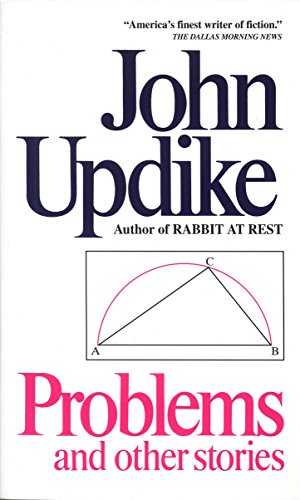 In this midcareer collection of twenty-three short stories, John Updike tackles such problems as separation, divorce, and remarriage, parents and children, guns and prostitution, leprosy, swooning, suffocation, and guilt. His self-seeking heroes tend to be forty; his heroines are asleep, seductive, longing, or reproachful. None of these characters is innocent, and all are looking vainly for the road back to an imagined Paradise. Pain and comedy closely coexist in this mainly domestic world of the 1970s, where life is indistinguishable from a television commercial (but what is it advertising?) and every morning's paper brings news of lost Atlantises.