Items related to The Magus: A Novel

Fowles, John The Magus: A Novel

The Magus: A Novel 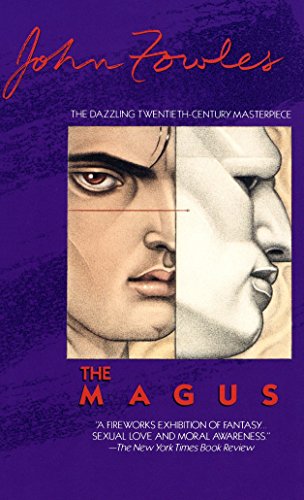 A man trapped in a millionare's deadly game of political and sexual betrayal.

Filled with shocks and chilling surprises, "The Magus" is a masterwork of contemporary literature. In it, a young Englishman, Nicholas Urfe, accepts a teaching position on a Greek island where his friendship with the owner of the islands most magnificent estate leads him into a nightmare. As reality and fantasy are deliberately confused by staged deaths, erotic encounters, and terrifying violence, Urfe becomes a desperate man fighting for his sanity and his life. A work rich with symbols, conundrums and labrinthine twists of event, "The Magus" is as thought-provoking as it is entertaining, a work that ranks with the best novels of modern times.

"A major work of mounting tensions in which the human mind is the guinea-pig... Mr Fowles has taken a big swing at a difficult subject and his hits are on the bull's eye" (Sunday Telegraph)

"One of those that's best read as a teenager, but once read you'll never forget it" (Katy Guest The Independent)

3. The Magus (Paperback or Softback)