Items related to The Old Man and the Sea (New Windmill S.)

The Old Man and the Sea (New Windmill S.) 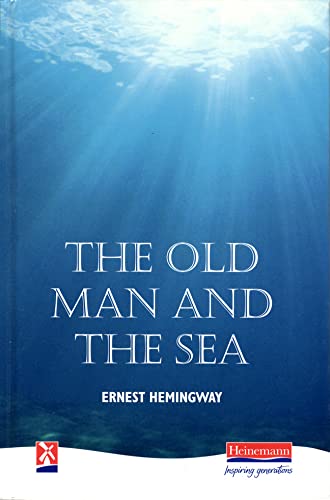 One of a series of top-quality fiction for schools, this is Hemingway's Nobel Prize-winning story of a Cuban fisherman's struggle with a great fish - a struggle between man and the elements, the hunter and the hunted.

Here, for a change, is a fish tale that actually does honour to the author. In fact The Old Man and the Sea revived Ernest Hemingway's career, which was foundering under the weight of such post-war stinkers as Across the River and into the Trees. It also led directly to his receipt of the Nobel Prize in 1954 (an award Hemingway gladly accepted, despite his earlier observation that "no son of a bitch that ever won the Nobel Prize ever wrote anything worth reading afterwards"). A half century later, it's still easy to see why. This tale of an aged Cuban fisherman going head-to-head (or hand-to-fin) with a magnificent marlin encapsulates Hemingway's favourite motifs of physical and moral challenge. Yet Santiago is too old and infirm to partake of the gun-toting machismo that disfigured much of the author's later work:

"The brown blotches of the benevolent skin cancer the sun brings from its reflection on the tropic sea were on his cheeks. The blotches ran well down the sides of his face and his hands had the deep-creased scars from handling heavy fish on the cords."

Hemingway's style, too, reverts to those superb snapshots of perception that won him his initial fame:

Just before it was dark, as they passed a great island of Sargasso weed that heaved and swung in the light sea as though the ocean were making love with something under a yellow blanket, his small line was taken by a dolphin. He saw it first when it jumped in the air, true gold in the last of the sun and bending and flapping wildly in the air.

If a younger Hemingway had written this novella, Santiago most likely would have towed the enormous fish back to port and posed for a triumphal photograph--just as the author delighted in doing, circa 1935. Instead his prize gets devoured by a school of sharks. Returning with little more than a skeleton, he takes to his bed and, in the very last line, cements his identification with his creator:

"The old man was dreaming about the lions."

Perhaps there's some allegory of art and experience floating around in there somewhere--but The Old Man and the Sea was, in any case, the last great catch of Hemingway's career. --James Marcus Review:

"It is unsurpassed in Hemingway's oeuvre. Every word tells and there is not a word too many" (Anthony Burgess)

"A quite wonderful example of narrative art. The writing is as taut, and at the same time as lithe and cunningly played out, as the line on which the old man plays the fish" (Guardian)

1. The Old Man and the Sea (Hardback)

Book Description Hardback. Condition: New. Language: English. Brand new Book. This powerful and dignified story about a Cuban fisherman's struggle with a great fish has the universal appeal of a struggle between man and the elements, the hunter with the hunted. It earned Hemingway the Nobel prize and has been made into an acclaimed film. Age 13+. Seller Inventory # ARN9780435122164

4. Old Man and the Sea (Hardcover)

6. The Old Man and the Sea (New Windmills)

7. The Old Man and the Sea (New Windmills)

Book Description Hardcover. Condition: New. New copy - Usually dispatched within 4 working days. One of a series of top-quality fiction for schools, this is Hemingway's Nobel Prize-winning story of a Cuban fisherman's struggle with a great fish - a struggle between man and the elements, the hunter and the hunted. Seller Inventory # B9780435122164