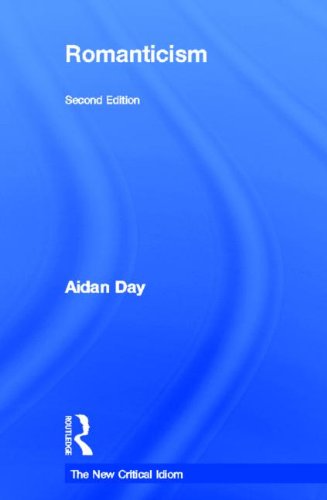 Romanticism was a revolutionary intellectual and artistic movement which generated some of the most popular and influential texts in British and American literary history. This clear and engaging guide introduces the history, major writers and critical issues of this crucial era. This fully updated second edition includes:

Aidan Day is Professor of English at the University of Dundee, Scotland and has held Chairs in English at University of Edinburgh and at the University of Aarhus, Denmark. He specialises in literature of the ‘long’ Nineteenth Century and in post-1945 literatures in English. He is the author of numerous articles and his books include Tennyson’s Scepticism (2005), Angela Carter: The Rational Glass (1998), Romanticism (1st Edition, 1996) and Jokerman: Reading the Lyrics of Bob Dylan (1988). He is also co-editor, with Christopher Ricks, of The Tennyson Archive, 31 vols., 1987-93.