Items related to Urban Theory and the Urban Experience: Encountering...

Urban Theory and the Urban Experience: Encountering the City 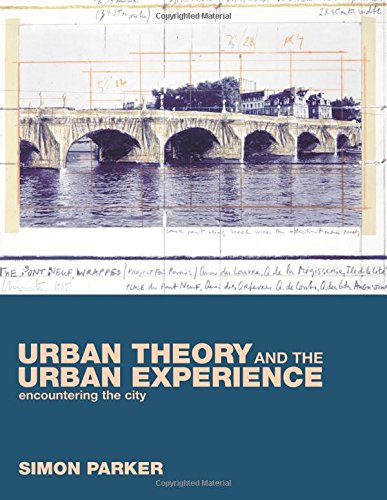 'This is, unequivocally, the best urban textbook to have been written in recent years; perhaps, even, the best ever... Parker deserves congratulating for managing to produce such a comprehensive, well-balanced and well pitched overview of contemporary knowledge on the city.' - David B. Clarke, University of Leeds for Progress in Human Geography

For the first time Urban Theory and the Urban Experience brings together classic and contemporary approaches to urban research in order to reveal the intellectual origins of urban studies, and the often unacknowledged debt that empirical and theoretical perspectives on the city owe to one another. From the foundations of modern urban theory in the work of Weber, Simmel, Benjamin, and Lefebvre to the writings of contemporary urban theorists such as David Harvey and Manuel Castells and the Los Angeles school of urbanism, this book traces the key developments in the idea of the city over more than a century. Chapters that deal with 'hands on' studies of the great metropolis from Charles Booth to the contemporary urban investigations of William J. Wilson compliment these theoretical concerns, and are accompanied by an analysis of alternative ideas to the traditional metropolis ranging from 'the garden city' to 'the new urbanism'.

The impact of new information and communication technologies, and the growing trend towards disaggregated urban networks are considered, all of which raise important questions about the viability, and physical and social identity, of the convention townscape. Urban Theory and the Urban Experience concludes with a rallying cry for a more holistic and integrated approach to the urban question, in theory and in practice, if the full richness and potential of our cities is to be realised. Both students and urban scholars will appreciate the critical way in which classical and contemporary debates on the nature of the city are presented. Extensive use is made throughout of documentary, literary and cultural sources to bring the different theoretical perspectives to life. Discussion points introduce and explain key concepts and intellectual histories in a jargon free manner. End of chapter further readings have also been annotated to encourage additional study.

1. Urban Theory and the Urban Experience: Encountering the City

3. Urban Theory and the Urban Experience: Encountering the City