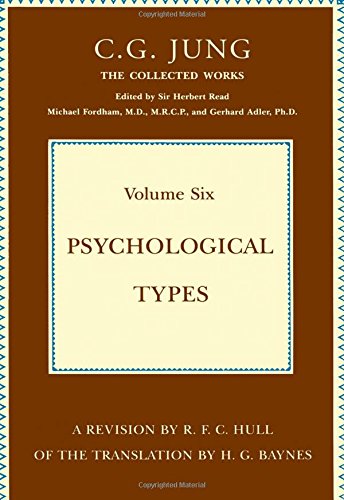 Psychological Types is one of Jung's most important and most famous works. First published by Routledge (Kegan Paul) in the early 1920s it appeared after Jung's so-called fallow period, during which he published little, and it is perhaps the first significant book to appear after his own confrontation with the unconscious. It is the book that introduced the world to the terms 'extravert' and 'introvert'.

Though very much associated with the unconscious, in Psychological Types Jung shows himself to be a supreme theorist of the conscious. In putting forward his system of psychological types Jung provides a means for understanding ourselves and the world around us: our different patterns of behaviour, our relationships, marriage, national and international conflict, organizational functioning.

Appearing in paperback for the first time this central volume from Jung's Collected Works will be essential to anyone requiring a proper understanding of Jung's psychology.

The book is rich in material drawn from literature, aesthetics, religion, and philosophy. The extended chapters that give general descriptions of the types and definitions of Jung's principal psychological concepts are key documents in analytical psychology.