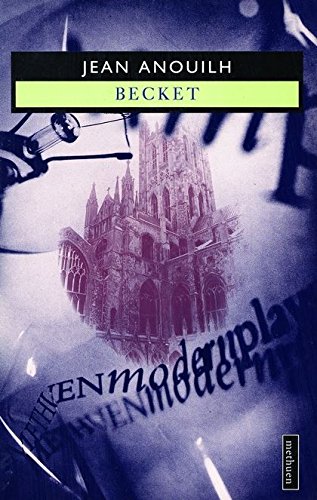 When the Archbishop of Canterbury died, Henry II forced his companion and political lieutenant, Thomas Becket to take his place. Becket told his King: 'If I become archbishop, I shall cease to be your friend.' Becekt, who with Henry had fought the church for the good of the State, now felt responsible for the honour of God. Conflict was inevitable and was followed, just as inevitably, by murder and remorse.

Book Description Bloomsbury Publishing PLC, United Kingdom, 1969. Paperback. Condition: New. New edition. Language: English. Brand new Book. Anouilh's classic historical tale of conflict between church and state, in a major new translation by Frederic and Stephen Raphael In Becket, Anouilh presents the history of England under Henry II as if it was France under German occupation. As Henry's long-time political playmate, Thomas's elevation to Archbishop of Canterbury forces him to sacrifice the love of his leader for his newfound love of the church: "If I become archbishop I shall cease to be your friend." Becket was first produced at the Theatre Montparnasse in 1959.This new translation is published to tie in with a production of the play opening at London's Theatre Royal, Haymarket. Seller Inventory # AAV9780413320605