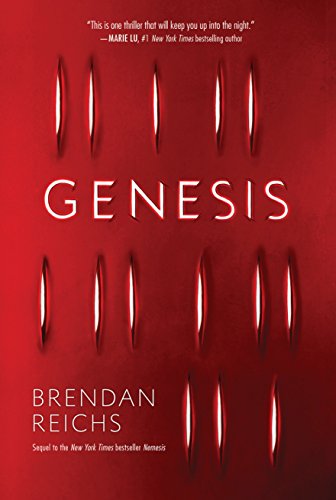 Noah Livingston knows he is destined to survive.

The 64 members of Fire Lake's sophomore class are trapped in a place where morals have no meaning and zero rules apply. But Noah's deaths have trained him-hardened him-to lead the strongest into the future ... whatever that may be. And at any cost.

In a violent world where brute force passes for leadership, it's tempting to lay back and let everyone else battle it out. But Min's instincts rebel against allowing others to decide who lives and who dies. She's ready to fight for what she believes in. And against whomever might stand in her way.

Brendan Reichs was born and raised in Charlotte, North Carolina, and holds degrees from Wake Forest University and the George Washington University School of Law. After three long years working as a litigation attorney, he abandoned the trade to write full-time. He is the author of the instant New York Times bestseller Nemesis and its sequel, Genesis, and coauthor of the six-volume Virals series. Brendan is also a member of the executive board for both the YALLFEST and YALLWEST literary festivals and has received an MFA in creative writing from the Vermont College of Fine Arts. He lives in Charlotte with his wife, son, daughter, and a herd of animals that tear up everything.

Book Description soft cover. Condition: New. International Edition. No supplemental materials. International Editions may have a different cover or ISBN but generally have the exact same content as the US edition, just at a more affordable price. In some cases, end of chapter questions may vary slightly from the US edition. International Editions are typically printed in grayscale, and likely will not have any color throughout the book. New. Books ship from multiple locations depending on availability. All orders are shipped with tracking information. We take pride in our customer service. Please contact us if you have any questions regarding this listing. Seller Inventory # 13093