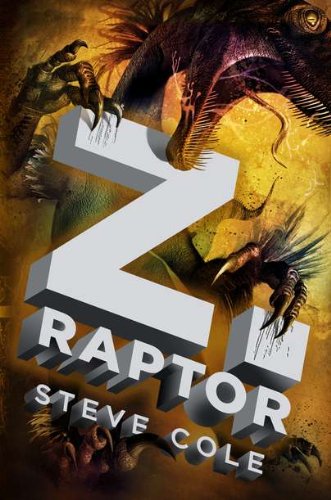 Thirteen-year-old Adam Adlar used to have a normal life. Then his father created the most advanced video-game technology ever-one that uses a person's thoughts to control game characters, so that the characters are actually part of you. And scientists stole this technology to create hyper-evolved dinosaurs with a human's ability to learn . . . and a beast's ability to kill. Now packs of raptors populate a deserted island where the only law is survival. For the death-row inmates who were forced to live there as part of an experiment, survival was not an option. Now it's up to Adam and his dad to make sure the brutality stops.

In his companion to Z. Rex, Steve Cole has once again written an absurdly commercial novel that will captivate imaginations, quicken pulses, and appeal to anyone who loves a good action film.

Caught in a real-life game - where the only law is survival.

Adam thought it was all over.

He thought he and his dad had escaped. That they had left the monsters far behind. That they were safe.

Now Adam is trapped on a tiny Pacific island. There is no food, no phone, and no way out. And he is being hunted by vicious packs of hyper-evolved dinosaurs with a human's ability to learn . . . and a beast's ability to kill.

Watch out, world - the Z. Raptors are coming.