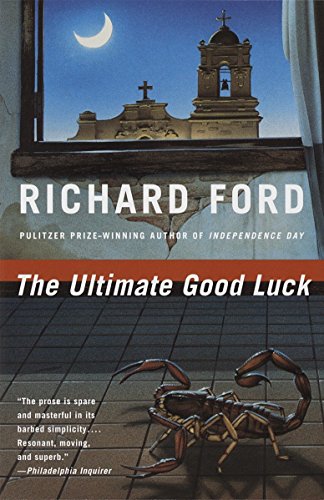 In this novel of menace and eroticism, Richard Ford updates the tradition of Conrad for the age of cocaine smuggling. The setting is Oaxaca, Mexico, where Harry Quinn has come to free his girlfriend's brother, Sonny, from Jail and, ideally, to get him away form the suavely sadistic drug dealer who suspects Sonny of having cheated him.
"His prose has a taut, cinematic quality that bathes his story with the same hot, mercilessly white light that scorches Mexico."-- "New York Times Book Review"

The author of five novels and two collections of stories, Richard Ford was awarded the Pulitzer Prize and the PEN/Faulkner Award for Independence Day, the first book to win both prizes. In 2001 he received the PEN/Malamud Award for excellence in short fiction.