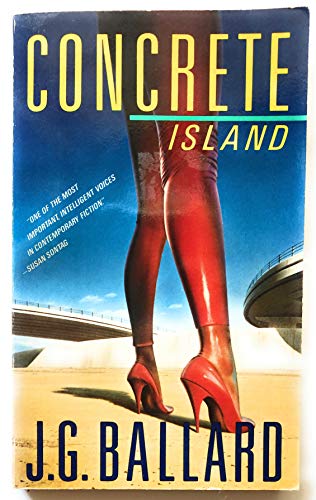 Following a car crash, a young architect learns to survive on a traffic island in the center of London

"Visionary of both style and substance . . . the literary equivalent of Salvador Dali or Max Ernst."--"The Washington Post Book World" "Ballard's novels are complex, obsessive, frequently poetic, and always disquieting chronicles of nature rebelling against humans, of the survival of barbarism in a world of mechanical efficiency, of ethropy, anomie, breakdown, ruin . . . The blasted landscapes that his characters inhabit are both external settings and states of mind."--Luc Sante" "

J. G. Ballard was born in 1930 in Shanghai. After internment in a civilian prison camp, his family returned to England in 1946. His 1984 bestseller ‘Empire of the Sun’ won the Guardian Fiction Prize and the James Tait Black Memorial Prize. His controversial novel ‘Crash’ was made into a film by David Cronenberg. His autobiography ‘Miracles of Life’ was published in 2008, and a collection of interviews with the author, ‘Extreme Metaphors’, was published in 2012. J. G. Ballard passed away in 2009.