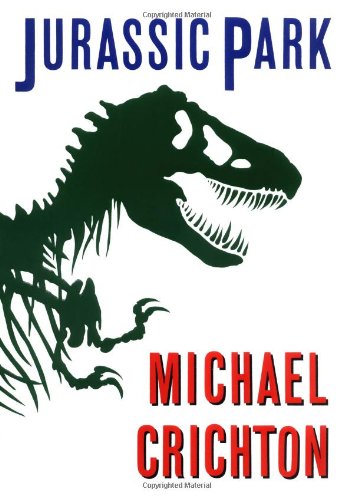 An astonishing technique for recovering and cloning dinosaur DNA has been discovered. Creatures once extinct now roam Jurassic Park, soon-to-be opened as a theme park. Until something goes wrong...and science proves a dangerous toy....
"Wonderful...Powerful."
THE WASHINGTON POST BOOK WORLD

Unless your species evolved sometime after 1993, when Jurassic Park hit theatres, you're no doubt familiar with this dinosaur-bites-man disaster tale set on an island theme park gone terribly wrong. But if Speilberg's amped-up CGI creation left you longing for more scientific background and ... well, character development, check out the original Michael Crichton novel. Although not his best book (get a hold of sci-fi classic The Andromeda Strain for that), Jurassic Park fills out the film version's kinetic storyline with additional scenes, dialogue and explanations while still maintaining Crichton's trademark thrills-'n'-chills pacing. As ever, the book really is better than the movie. --Paul Hughes, Amazon.com

"Breathtaking adventure... a book that is as hard to put down as it is to forget" (Time Out)