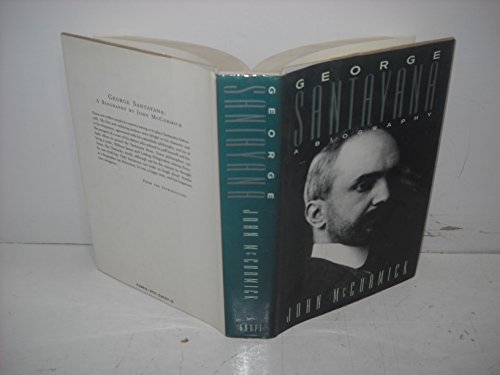 Santayana's life was rich in its interior and outer associations. There was his birth and early childhood in Spain followed by a move to Boston, where he came under the influence of William James at Harvard. This led to his career at Harvard as a professor, where Wallace Stevens, Robert Frost, Conrad Aiken, Franklin D. Roosevelt, and Walter Lippmann were among his devoted students. We see Santayana in correspondence and conversation with Bertrand Russell, G. E. Moore, Ezra Pound, and Robert Lowell.
Predominant in Santayana's life was his philosophical work. Hostile to the dominant empiricism of Anglo-American philosophy, he left the academy and remained detached from both the political and ideological movements of early decades of the twentieth century. McCormick relates his skepticism and materialism to a form of idealism deriving from his classical education in Plato and Aristotle, together with his readings in Descartes and Spinoza. He presents Santayana as a supreme stylist in English, who lived a long life always consistent with his stoic epicureanism.

The fullest and most informed biography of Santayana to date.... No other study of Santayana blends so perceptively the facts of his life with his intellectual divagations. - Daniel Aaron, New Republic.

John McCormick is professor emeritus of comparative literature at Rutgers University, and an honorary fellow of English and other literatures at the University of York, England.