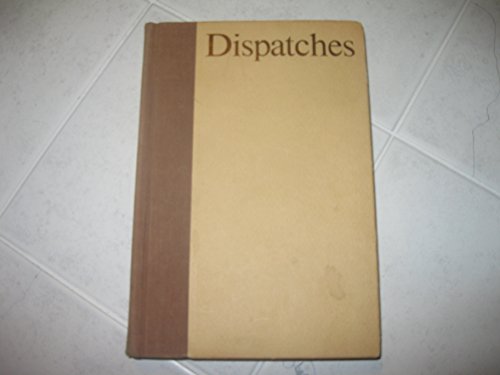 First edition, first printing. Boards have stain mark to front. Content lightly toned with little stain marks to front inside board and to blank page. Small pencil mark to blank page. DJ has light creasing and little edge wear and slight soiling. Inscribed and signed by the author.

The best book I have ever read on men and war in our time. (John Le Carré)

Having read Dispatches, it is difficult to convey the impact of total experience as all the facades of patriotism, heroism and the whole colossal fraud of American intervention fall away to the bare bones of fear, war and death (William S. Burroughs)

Splendid . . . he brings alive the terror of combat in a way that rivals All Quiet on the Western Front (Tom Wolfe)

In the great line of Crane, Orwell and Hemingway . . . he seems to have brought to this book the ear of a musician and the eye of a painter, Frank Zappa and Francis Bacon (Washington Post)

We have all spent ten years trying to explain what happened to our heads and our lives in the decade we finally survived - but Michael Herr's Dispatches puts all the rest of us in the shade (Hunter S. Thompson)

If it were only unconventional journalism, it would stand with the best there is - but it's a good deal more than that . . . I believe it may be the best personal journal about war, about any war, that any writer has ever accomplished (Robert Stone)