Items related to A History of Narrative Film

Cook, David A A History of Narrative Film

A History of Narrative Film 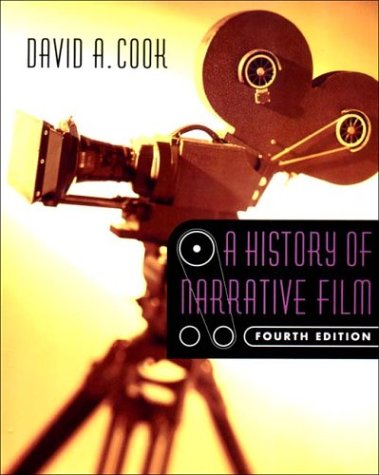 The Fourth Edition adds an entire chapter on computer-generated imaging, updates filmographies for nearly all living directors mentioned in the text, and includes major new sections that both revisit old content and introduce contemporary trends and movements.

The fourth edition of this text contains substantial revisions, with additional chapters and illustrations. It provides updated filmogrophies of nearly all living directors mentioned in the book, and there are sections on films and cinematic traditions that have received scholarly attention.

David A. Cook is a Professor in the Department of Media Studies at the University of North Carolina, Greensboro. He is the author of Lost Illusions: American Cinema in the Shadow of Watergate and Vietnam, 1970-1979 (University of California Press, 2002).