Items related to Six Months in Sudan: A Young Doctor in a War-torn Village

Maskalyk, James Six Months in Sudan: A Young Doctor in a War-torn Village

Six Months in Sudan: A Young Doctor in a War-torn Village 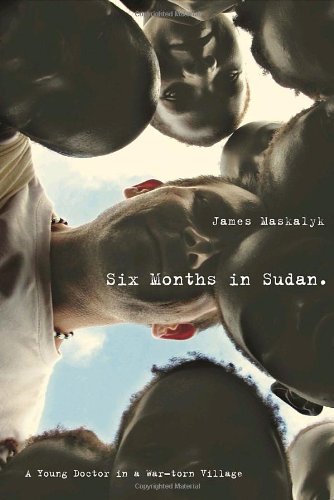 “People are hungry to be brought closer to the world, even its hard parts. I went to Sudan, and am writing about it again, because I believe that which separates action from inaction is the same thing that separates my friends from Sudan. It is not indifference. It is distance. May it fall away.”

In 2007 James Maskalyk set out for the contested border town of Abyei, Sudan, as a doctor newly recruited by Médecins Sans Frontières (Doctors Without Borders). Equipped with his experience as an emergency physician in a downtown hospital and drawn to the hardest parts of the world, Maskalyk spent his days treating malnourished children, coping with a measles epidemic and watching for war. Worn thin by the struggle to meet overwhelming needs with few resources, he returned home six months later more affected by the experience, the people and the place than he had anticipated.

Six Months in Sudan began as a blog that Maskalyk wrote from his hut in Sudan in an attempt to bring his family and friends closer to his hot, hot days. It is the story of the doctors, nurses and countless volunteers who leave their homes behind to ease the suffering of others, and it is the story of the people of Abyei who suffer its hardship because it is the only home they have. With great hope and insight, Maskalyk illuminates a distant place and chronicles the toll of war on one community, one man, and the cost of it to all of us.

A piercingly authentic account of the fear, confusion and hope of a young doctor newly deployed to a humanitarian crisis. -- Jonathan Kaplan, author of The Dressing Station

His book serves as a salutary reminder of what it means to be an excellent doctor, and a brave man.
-- Gabriel Weston, author of Direct Red

Maskalyk's soft prose is beautiful and invites with the right intimate details. -- James Orbinski, former President of MSF, winner of the Novel Peace Prize and author of An Imperfect Offering